Following in the footsteps of his grandparents, who emigrated from Okinawa to Peru, Yudai researched the current situations of South America and Okinawa for his new creation.
He studied the life of the “father of Mexican Theatre,” Seki Sano, who was active before the war in Japan and fled to Mexico later, and encountered Ryoichi Jinnai, an entrepreneur who, although longing to immigrate, has chosen to stay in Japan while supporting the community of people of Japanese descent in Peru and other countries of South America. This piece explores the concept of “homeland” through the stories of people who emigrated to foreign countries in the past and died overseas, and the stories of people currently living in foreign lands. This perspective of an observer also informs us about ourselves, living in contemporary Japanese society.

>>You can read the text here (only the beginning)
>>Event website

Produced and Presented by Okazaki Art Theatre and precog 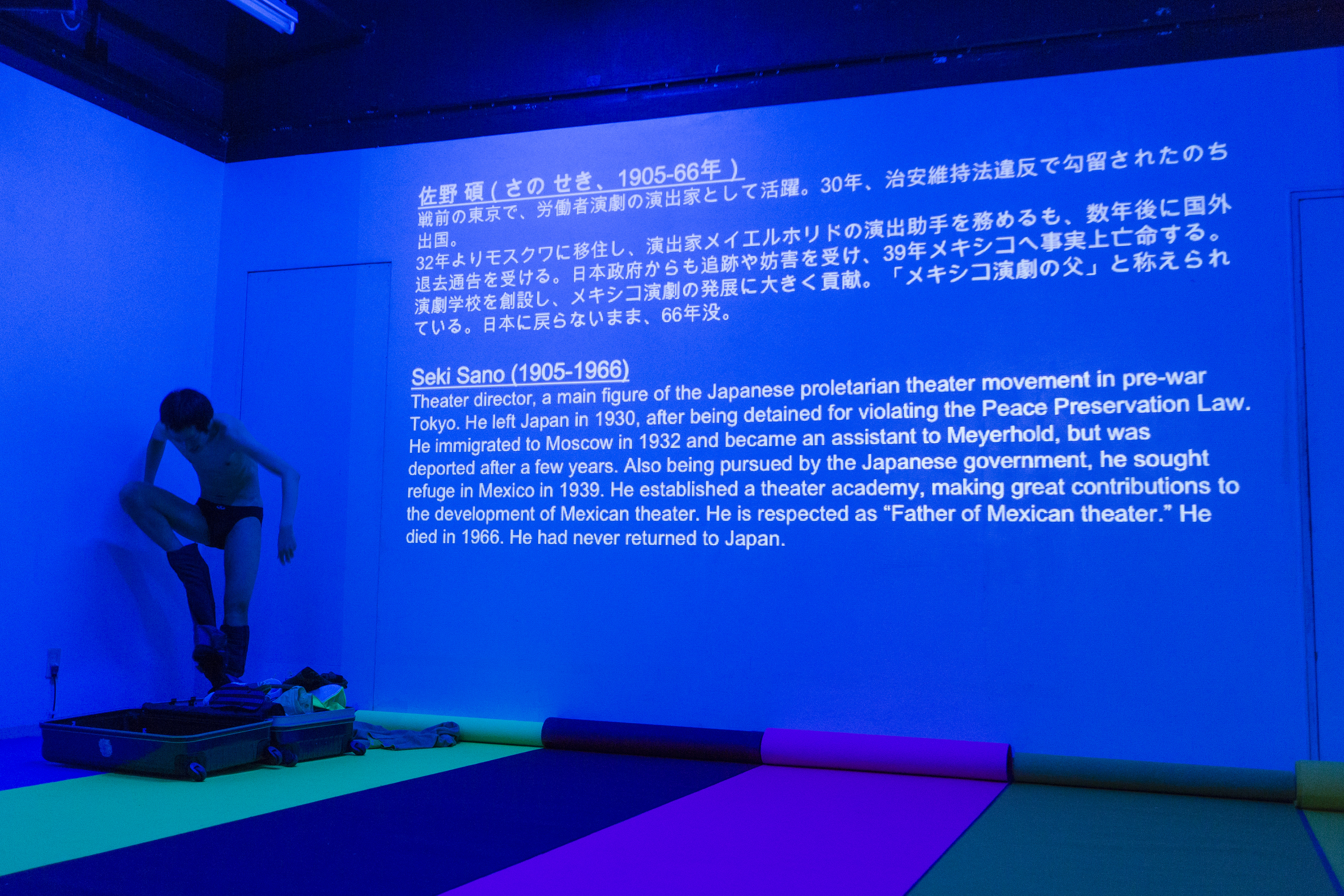 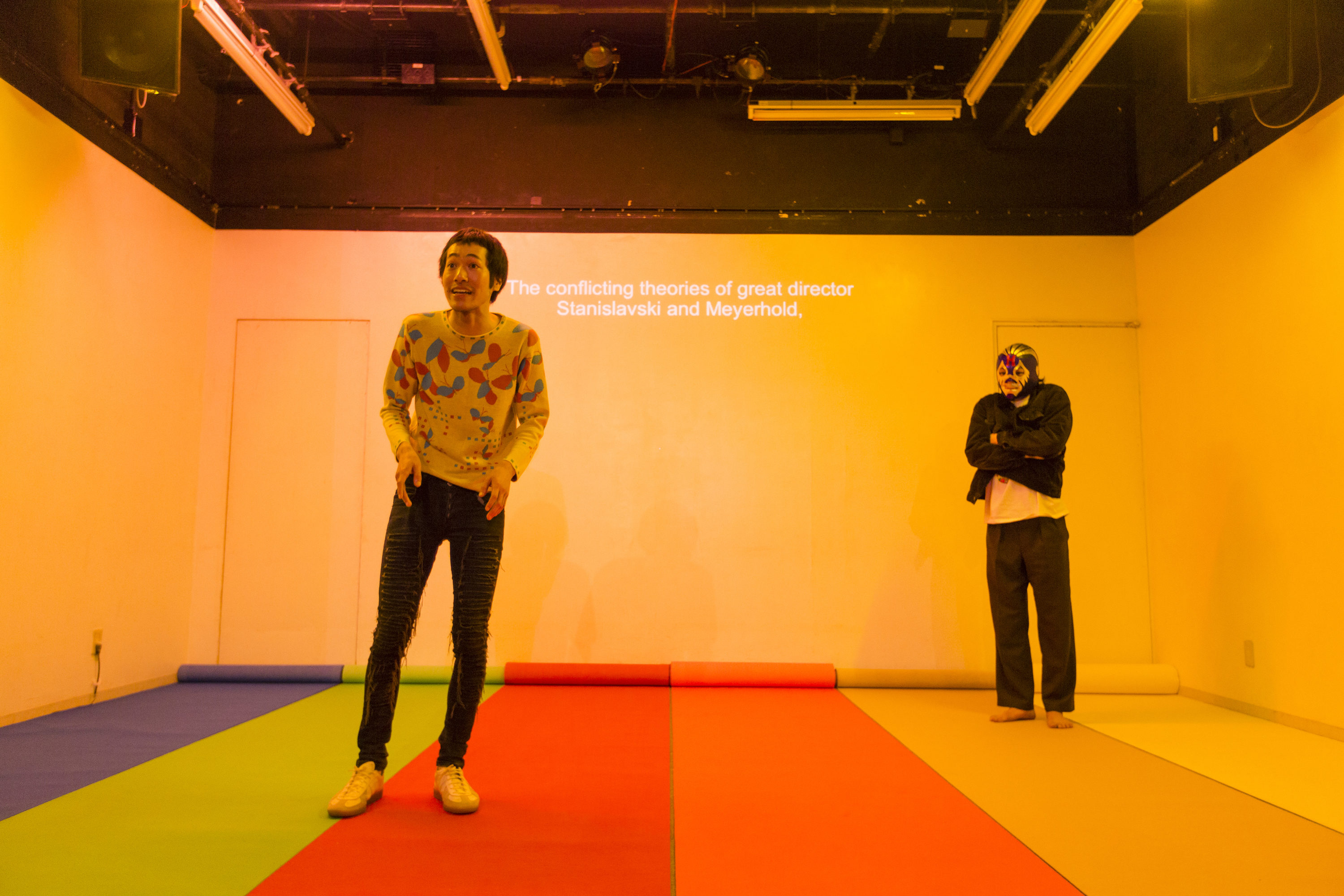 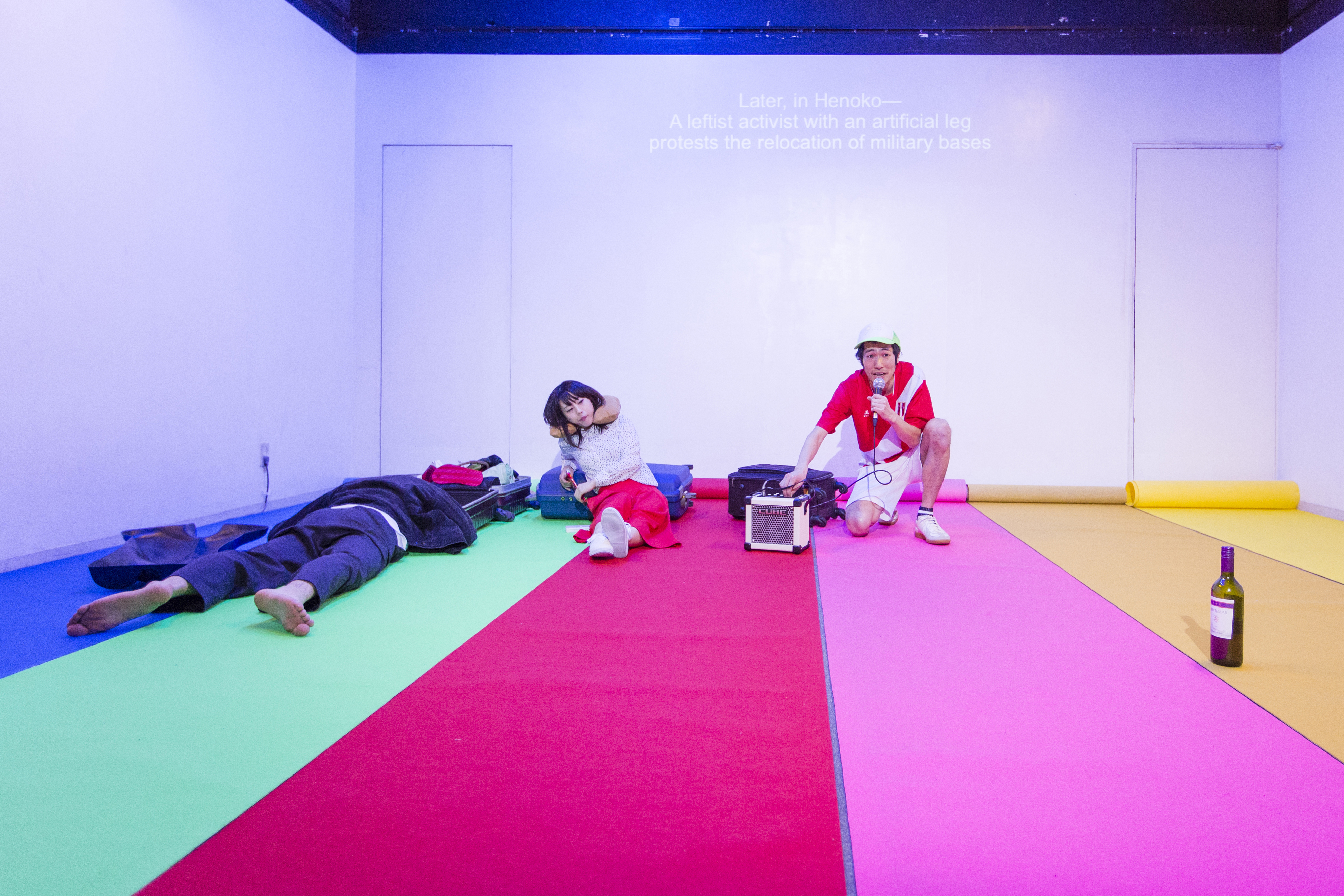 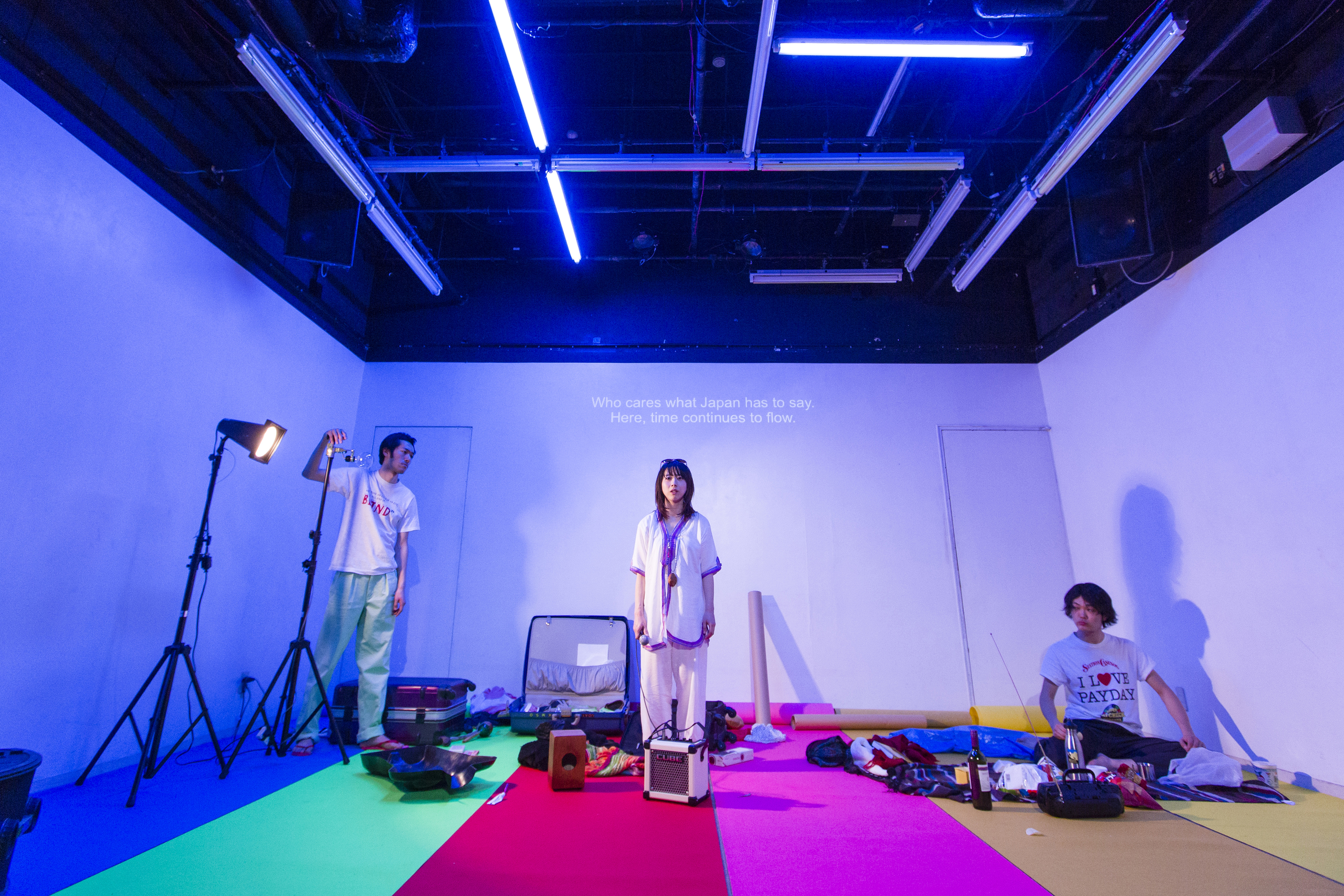 © all photos by Yuta Fukitsuka