What did you drop in the river, a gold human or a silver human?
Was it an indigenous or foreign species?
I fear you. One day you might skin me, auction off my hide, throw my flesh into the river, and use my eyeballs as jewelry. You might kill and burn my family. You might talk endlessly
at the bottom of the river clinging to your shameful past self, ignorant of language, cut off my nipples, and caress me smiling, like a civil servant. Endless games of pretend
and a wet curtain. Other divers might gaze upon us, grinning as you do with me whatever you wish. Using nonsense words, flailing your arms in nonsense ways.

The 10,000 year-old alligator, tired of speaking, came ashore. It moved lazily, its back overgrown with moss. As it walked it drooled green and red. The afternoon sun was red and unrelenting. That’s when he arrived!

—-The king of a fictional group of islands fires up the islanders for war. He emphasizes the efforts he has made to civilize the islands since he was washed up on their shores, and retraces the history of their transformation.

In time, various people came to the islands, bringing along their respective cultures, languages, and politics. Hakusaburo tries to develop trade in the their sugar cane. Cristóbal and Ranald arrive on a whaling ship. Townsend claims possession of the islands. As the number of immigrants increases and time accelerates, the king insists that he has made a new discovery. The islanders = soldiers do nothing but quiver, it being unclear whether or not they are listening to the king.

Produced and Presented by Okazaki Art Theatre and precog 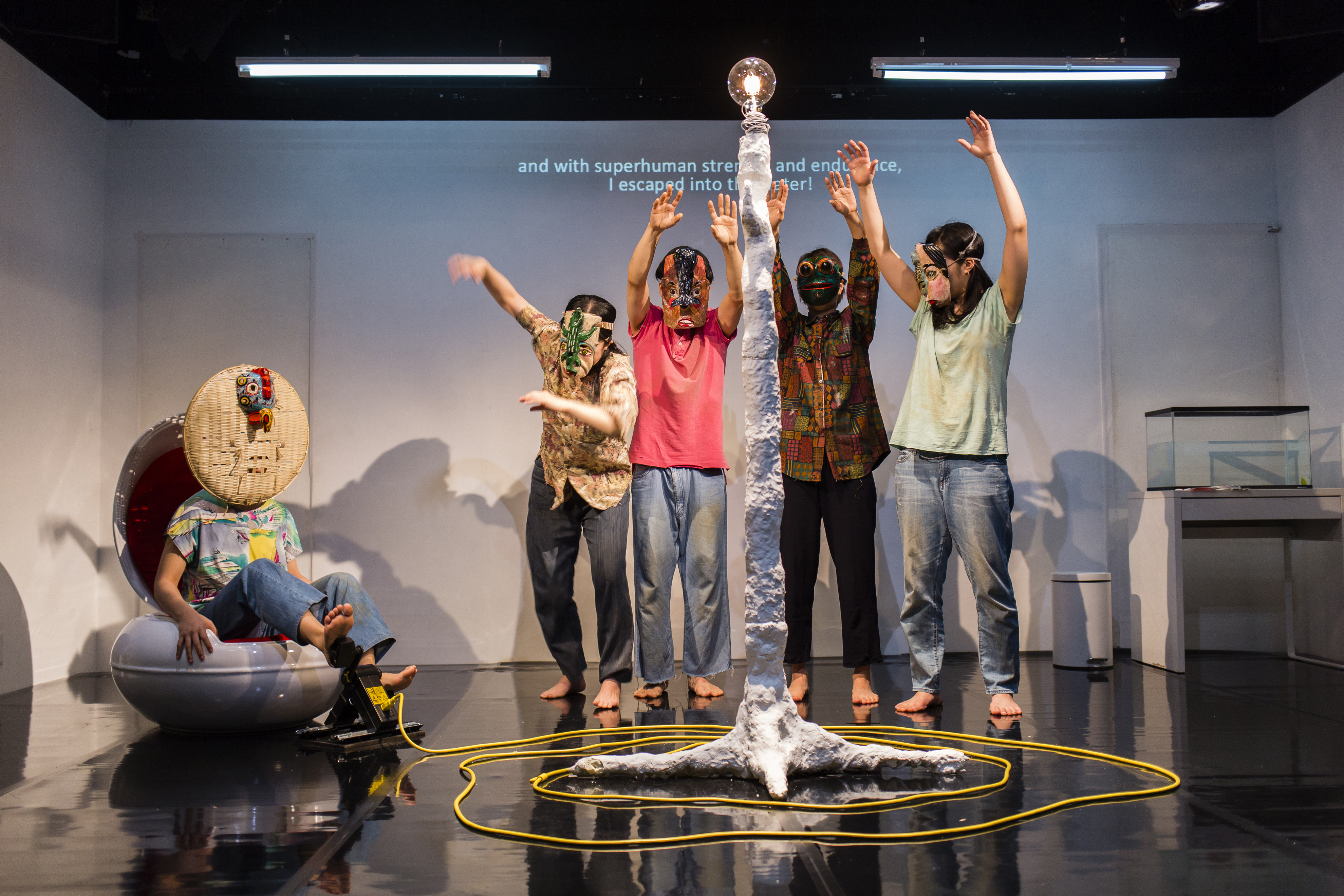 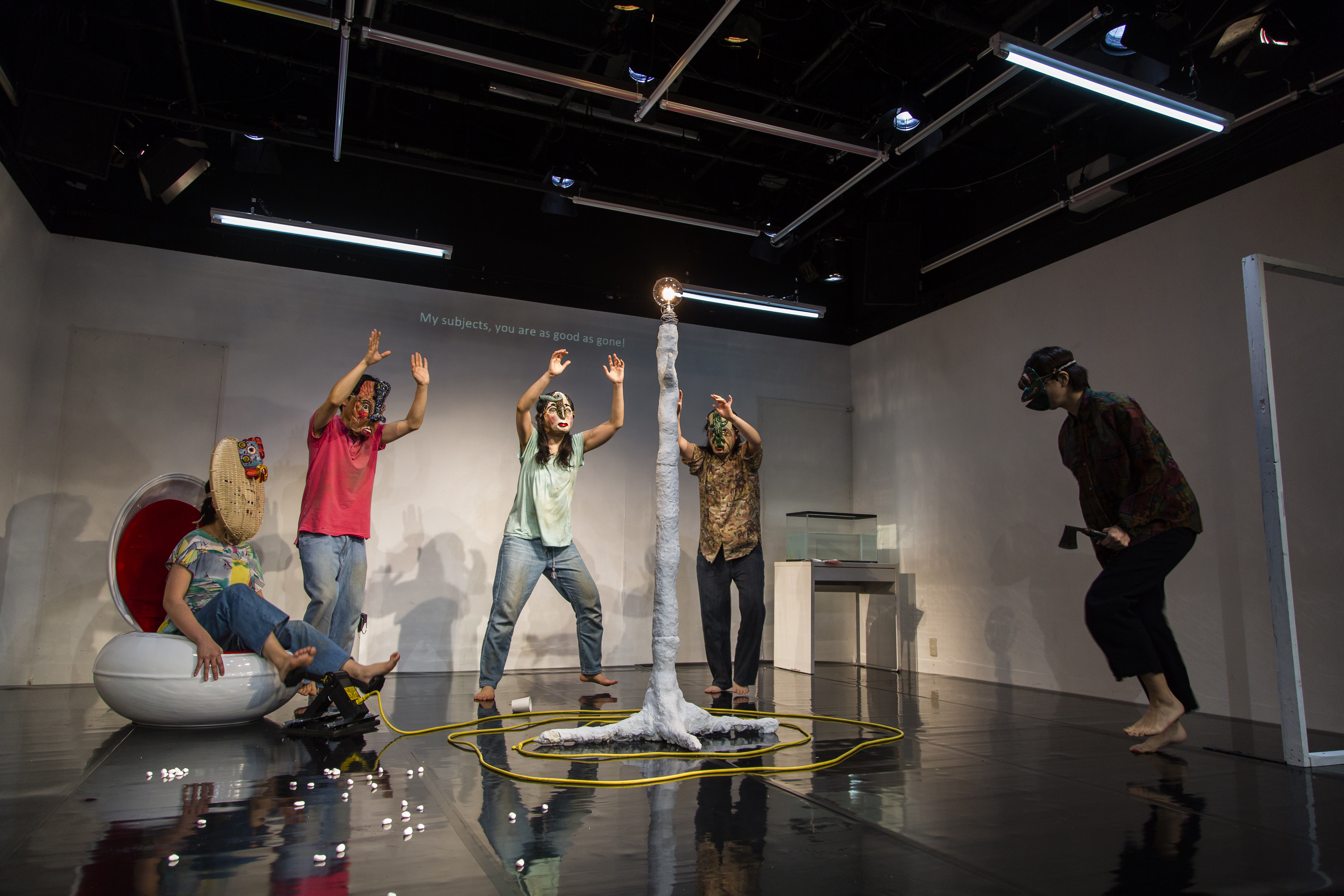 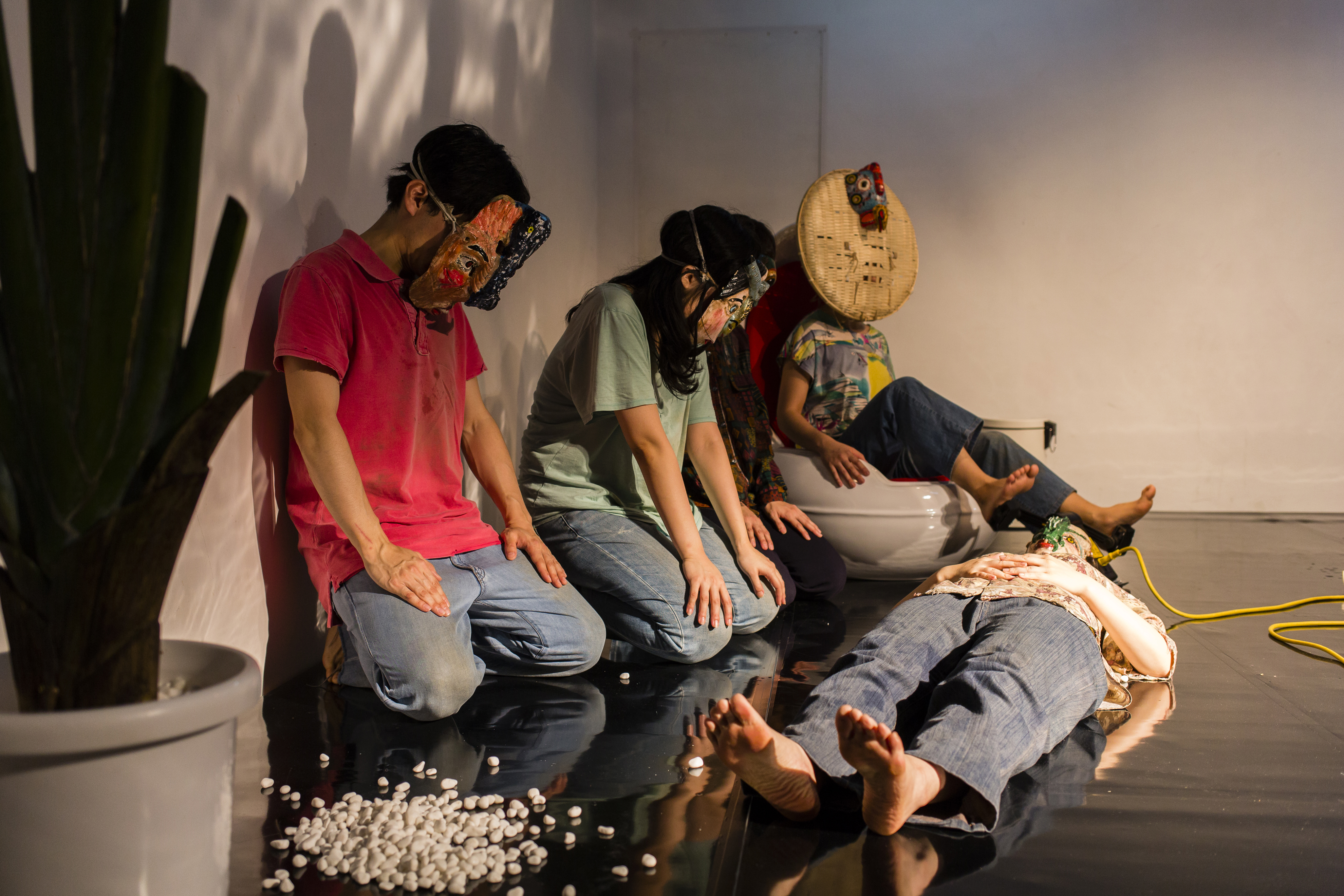 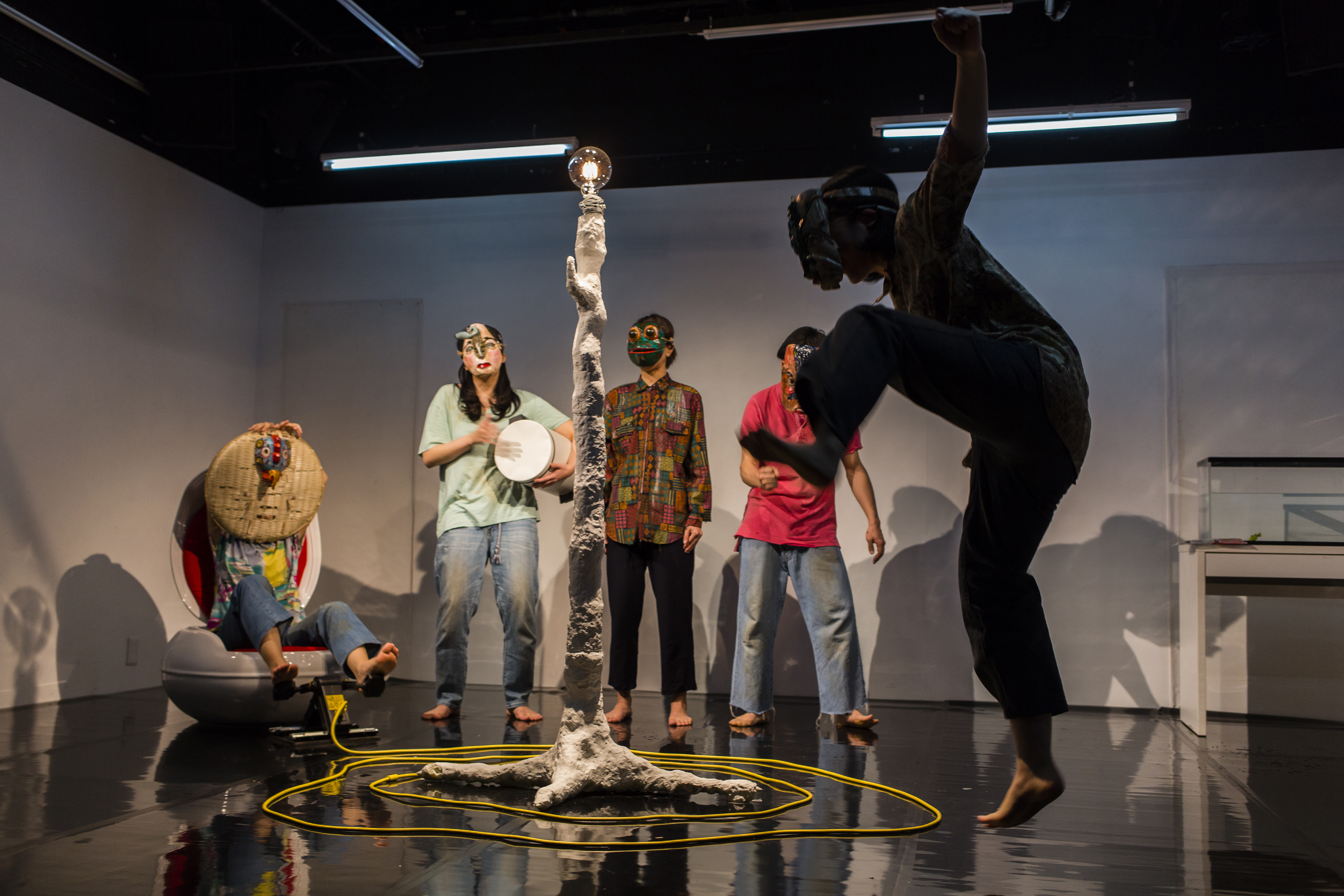